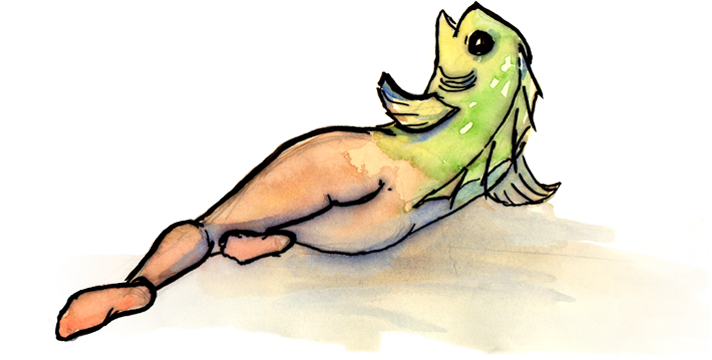 A light hearted look at traveling in New Zealand.

Donaar and the Amulet of Seven Stars

A reverse mermaid floating through life.

The West That Always Never Was

A tale of media sensationalism, corruption, and love, The West That Always Never Was is based on actual events that follows three intertwined tales set in 1909 Southern California.

Willie Boy, a Chemehuevi, kills a man, kidnaps the man's daughter, Carlotta, and then flees the posse sent to bring him to justice. Rico, a Yacqui tracker hired to help the posse track Willie Boy, becomes a part of a system that he detests.

Madison, a meek reporter from Los Angeles sent out to write a story detailing the posse's chase of the fugitive finds that not all is as it seems.

Set after the close of the American Old West, it questions the common tropes of violence and justice tied to the West and draws parallels to modern ideas of racism and the media's ability to influence popular thought.

Appropriate for Teens and up.

The West - The Hunt

Two men search for a man and the woman he has kidnapped. A story snippet from the middle of a longer graphic novel, The West That Always Never Was.

On August 12th, 2017, Alt-Right organizations held a protest in my former home of Charlottesville, VA that led to Heather Heyer, a high school classmate of mine, being killed by a protester purposefully driving his car into a crowd of counter protestors. The event was deeply sad and bewildering to me. I wanted to know who these people were that came to this protest. I wrote this comic immediately following those events.

Ragnor the Barbarian the Comic

24 Hour Comics Day is an annual event in October occurring around the world that challenges comic artists, writers, and anyone with an interest in comics to create a 24 page comic in 24 hours. These comics were created at The Comic Bug in Manhattan Beach, CA.

The Seed is an experiment in digital formatting of comics. Several storylines interweave while running clockwise and counterclockwise. 2013

The day to day of two plant assassins in Everglades National Park as they wade through the swamp, dodge venomous snakes, and keep the park free of invasive plants. Based on my experience working in the Everglades as a natural resource technician. It ran for about 6 months and was featured in several invasive plant trade magazines. Probably because it's the only invasive plant comic out there. 2008

A series of watercolors painted during 20 minute poses at the Santa Monica figure drawing session. Updated weekly, most of the time. See if you can guess what part of the painting wasn’t the live model!2013-Present

Nate Shaw has been a painter, bike racer, rickshaw driver, plant assassin, wildland firefighter, teacher, and has been drawing as long as he can remember. Los Angeles based, he currently spends his days making visual effects for commercials and films and nights painting and working on comics.